A headful of Hertz

A headful of Hertz and decibels! With our regularly operational headphones worn either on the right, or the left, on either side of our hair honed by “El Razor” Morales, we were entering the sound like we were entering the times, edgy, impatient, abruptly opening – sometimes even kicking – the doors around us.

And the city, with all its life scrutinised through a pair of binoculars, night and day, from atop that clandestine Italian mast pegged at the twilight of State monopoly on the roof of the Villa Bellevue.

It was some sort of pirate den, although I actually recall a rather modest neighbourhood detached house. I would say from the 1900’s, let’s remain vague, in the Guillotière area of Lyon (the 7th arrondissement), abutting the former cheese-ripening facilities of the Rue Saint Michel. A small, half charming, half practical slate-grey edifice, its doors and windows splattered with dabs of bottle green, which in the Summer were covered by a large ivy buzzing with stinging insects. Two provincial storeys from behind the windows of which Gabin and Signoret could have, in other times, rowed over the cat…

But you would instead see there wild cats with urban pompadours there, proto-punks of various genders, curious cowboys of the free radio, performers at the microphone 24/7, modern chic and clean-shaven youths, funkateers in white Adidas shoes, elegant and progressive north Africans or adrenaline-fuelled Teutonic Berliners.

There, at the turn of the 70’s and 80’s, mingled second-(my) generation mods in patched up parkas, two-tone skinheads, local thugs sporting mustaches and black and gold cigarette holders, avant-garde workers, artisans or stylists in alternative vinyl, dance or indie fashion in the making, and some frustrated actors and glamorous fashion models. Each and every one of them was fully self-taught.

By focusing a little, you could even distinguish through the smoke a handful of future dentists, architects or lawyers. Some of them would become stars or chefs, others long-term dealers with the institution. The majority, eternal artists and poets, are fortunately still hanging around, when they’re not already dwelling in the sky.

Not that easy to trace back the details of this Hertzian saga. Mind you, the proximity of both the Rhône and Saône, here in the cosmopolitan heart of the city, can be a source of fog. And through this mist, flashes crackle, sometimes like acid reflux… And those millions of corroded neurons don’t help either! Bzap bzzap, ka-chunk.

I’m rummaging through neurotic and creative times, with a slightly acrid taste, both persistent and evanescent. The tones are powdery, the smells inflammatory. An electrifiying time.

It takes place in the Lilliputian attic of the villa. The original studio Bellevue is nestled under the roof, just under the Milanese antenna. Sometimes guests, passing artists and even a stressed macaque on a leash spend the night on the floor below. Soon everything comes tumbling out: the first nocturnal happenings blast out onto the waves of Radio Bellevue 95.8, real radiophonic marathons finishing eight hours later, in the pale hours of dawn. The ultimate performance of these pan-European pandemoniums would often finish with the obstinate clack! clack! of the Shure stylus tapping the groove of an exhausted vinyl record in a continuous loop. The team of performers, by now largely decimated by cheap beer and mushroom cakes, have abandoned the speaker, now also snoring at the foot of the Lenco turntable.

On the other side of the wall, always “on”, the Frigo lets out a few stifled groans. This is the creative den, the Supreme Soviet located on the rue Saint Michel, an area usually so quiet … What could they be doing?

Torpedos of all stripes, triumphant lefties, a flight of mindful neo-Marxists, a pinch of sons of the RPR and other post 68 anarchists of the 69, plus some orbiting lone souls mingle there (or they don’t, for that matter… sometimes an eerie silence reigns in this place), inside these whitewashed headquarters, on the six metres of pavement separating Frigo from Bellevue or in those two flights of stairs ascending to Heaven.

Silhouettes, juvenile faces, larger than life characters, strong voices… Screams! Those for instance of Jeffrey Lee Pierce of the Gun Club, tumbling in one day with his rattlesnake boots for an impromptu interview, smashed like a stock car, ending up being kicked out on the very threshold of the villa, head flat on the ground, by a clenched-jawed Serge (a periodontal issue, no doubt), as tight as Divine’s G-string.

In what language was the exchange conducted? 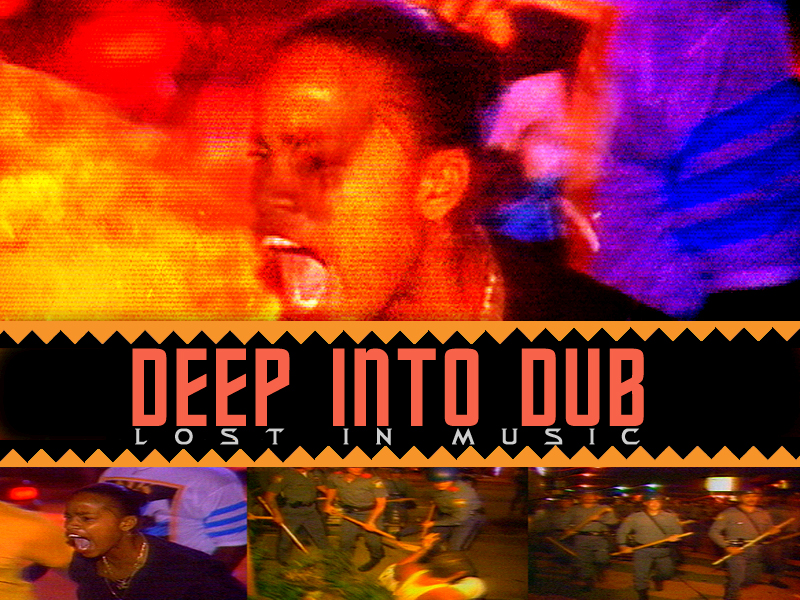 At any rate, Pierce quickly threw up his Jack in the garden. He wiped the remnants of a poorly assimilated burger from the English pub (on rue de la République) off the sleeves of his Texan duster, and then got back inside his taxi like a prince, snorting in English.

American rock starlet or not, no one throws up at Bellevue. End of the story. Or else, you’d have to be a close friend.

With Jeffrey, it just didn’t work out.

There’s scrambling going on in my head, it’s not so clear.

Another one from the TDF!

Eight o’clock on the alarm clock.

Two eggs à la radio (scrambled), an old remnant of St Marcelin on a slice of bread, three Brazil nuts and a strong coffee with Cognac. A quick shower on the duckboard above the Turkish toilet… Such was the Croix-Roussien comfort of the Francisque years. I dash in my DS23 IE (which has since been decommissioned after the death of De Gaulle) towards Guillotière. That’s when I used to host Radio Bellevue. It was, as far as I can remember, a long, late morning session (something like four hours of live “Mau Mau Zombie” show). At the time, Carte de Séjour, the band of Rachid Taha, who also hosted a weekly show merging raï, chaabi and gnawa rhythms with Bo Diddley beats, and the Clash), was working in Lyon on a repertoire of songs for his next album (the second one) with English producer Steve Hillage. Steve, a musician crazy about orientalism, ex frontman of the mythical Gong from another psychedelic era, with his congenial red-haired Brit’s face, long hair, bleached blue eyes and proverbial Windsor buckteeth, is staying in the villa during the rehearsals. In order to recover for a few hours, he collapses here daily, in the first hours of the morning, just under the floor of Radio Bellevue.

So I stumble upon the prince’s bed to start my live session of around five to six hours after he’s drifted off into the arms of Morphine. The heels of cowboy or Chelsea boots have been tapping along the Bellevue playlist for a while now, right above his head. But there, within the short sleep cycle of my dear Englishman, the start of the Mau Mau Zombie show coincides every morning with him waking up. The Brit stretches, lets himself be lulled for an instant by the purring bass, sinking all the way down to the ground floor. Roy Harper, Edgar Broughton, Beefheart, Talking Heads, Son House, The Jazz Butcher, Fela, Al Green, Chaba Fadela… He usually quite likes the playlist.

And then he comes up.

He comes to have his breakfast while listening to the music from the live studio. Always charming, Steve Hillage says “bonjoor!” and sits at the table with his everlasting, toothy smile.

Steve was the frugal type. Everything fitted in his pocket.

To share this breakfast with him was at the very least a cosmic experience, renewed every day for a period of maybe two weeks.

Carte de Séjour’s album would eventually be called “Rhorhomanie” and was released by CBS, in 1984, at the time when Radio Bellevue went from 95.8 to 94.9 and moved to its new premises on the rue de Marseille.

But this is yet another story.